“Where there’s smoke there’s fire”. Free from its usually negative innuendo when used in everyday parlance, the saying seems swimmingly fit for the third largest city in the north of Greece and the main port in the eastern region of Macedonia. In the not too distant past, Kavala was known as “The tobacco city of the North” or even “The Mecca of Tobacco”. Due to its proximity to areas where the rare burley “basmas” variety was cultivated and to the seaport, the tobacco trade started in Kavala at the beginning of the 19th century forming an indispensable part of the city’s history for over 150 years and transforming the city to the commercial exploitation of the Balkan tobacco.

It is indicative that by 1880, all major European countries had established consulates in the city of Kavala, while around 1913, 61 tobacco trading companies and powerful investors operated in the area, and the 160 tobacco warehouses employed some 14.000 workers, half of the country’s tobacco laborers, most of them caught in action by in the black and white prints adorning the walls of the city’s Tobacco Museum; as it is presented in the most enlightening University of Thessaly’s Discussion Paper Series (2009, 15(10), Department of Planning and Regional Development), the city’s Tobacco Museum is a thematic, unique and historical museum organization with a contemporary profile and identity in the European cultural area, definitely a must-see, not only because of its extremely rich collection (not found anywhere else in the world) which includes objects and archival material for the cultivation and the production of tobacco, its commercial and agricultural processing, its industrial tobacco products and exhibition samples, but because it mainly showcases the social history of Kavala and the rest of the Eastern Macedonia and Thrace, and its transition and switchover to a bourgeois cosmopolitan metropolis, through its tobacco exports mainly to the Hapsburg Empire and Vienna, but also Russia, England, Egypt, France, and even the United States.

More information can be found at https://www.visitkavala.gr/en/sightseeing/xrisimes-plirofories/

Tourist information about the city of Kavala at https://www.visitkavala.gr/en/sightseeing/kentro-pliroforisis-episkepton/

Kavala is very accessible by almost all modes of transport. It even has its own airport.

Airport information is available at https://www.kva-airport.gr

Bus travel information can be found at https://www.ktelkavalas.gr/

Public transport can be found at http://www.astiko-kavalas.gr/grammes_dromologia.htm

Taxi information is available at http://www.eurotaxikavala.gr/en/ 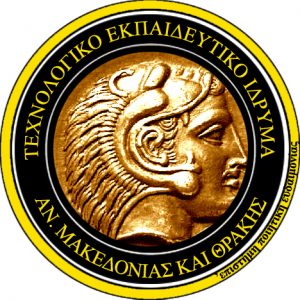 University of Telecommunications and Posts, Bulgaria